This photo was submitted to us today. To do this in broad daylight you are either crazy or on drugs — probably both. Or maybe just like to do it? We talked to the photographer who said he was standing on the deck of his office when it went down.

“They didn’t care,” the photographer said. “People even yelled for them to stop. Others were laughing, but they were putting on a show. After he performed oral on her, she did the same to him and then they got on top of the car and he did her D-style. Police never showed up. I’m sure a video will surface.”

The photographer sent us one still image. Again, NSFW. 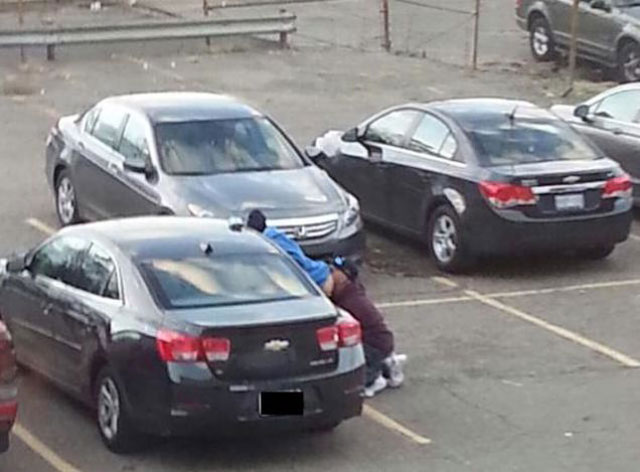 You’d think in the era where everybody has smart phones equipped with cameras, people might think twice about daylight bonking. NOPE.

Look at these two in the phone booth. 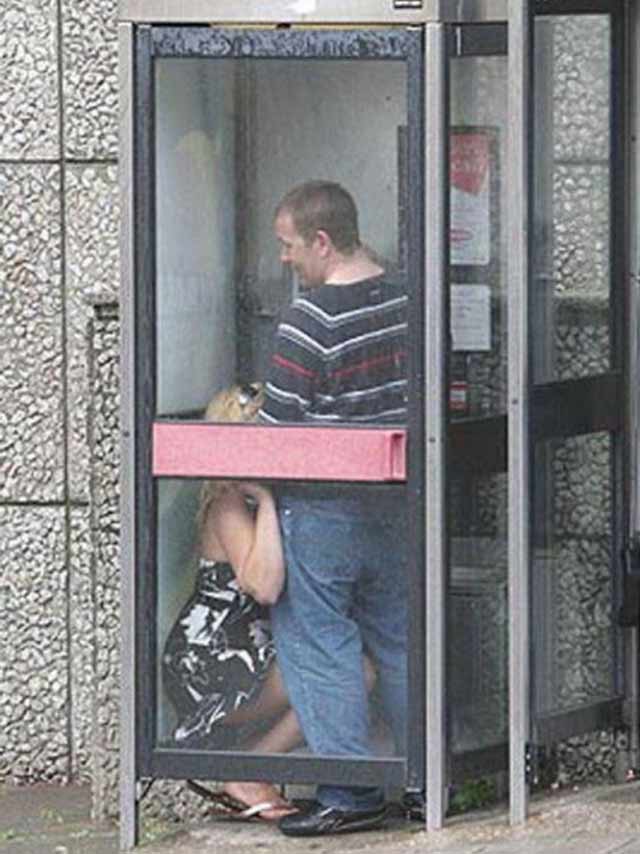 Perhaps the most disturbing public sex act caught on camera this year is the one: The couple caught outside a church boinking in the grass. 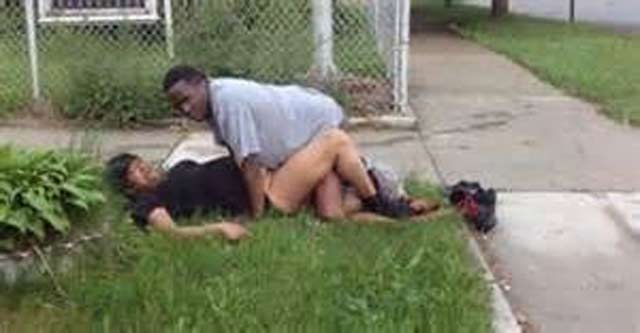 But this has to be the most egregious. On a subway, in front of KIDS!!

VIDEO: Guys Intervene With Husband As He Beats Wife in Parking Lot

VIDEO: Woman Uses Her Dog As A Weapon