A Georgia woman was taken to a hospital after partially drinking a jar of liquid air freshener, mistaking it for good ol’ moonshine, the Columbia County Sheriff’s Office said.

Sandra Joyner Berry’s husband came home and she told him she had drunk something from a Mason jar labeled ‘apple cinnamon.’

“I thought it was leftover moonshine,” Berry told her husband. “So I drunk it.”

Turns out it was air freshener for the car. 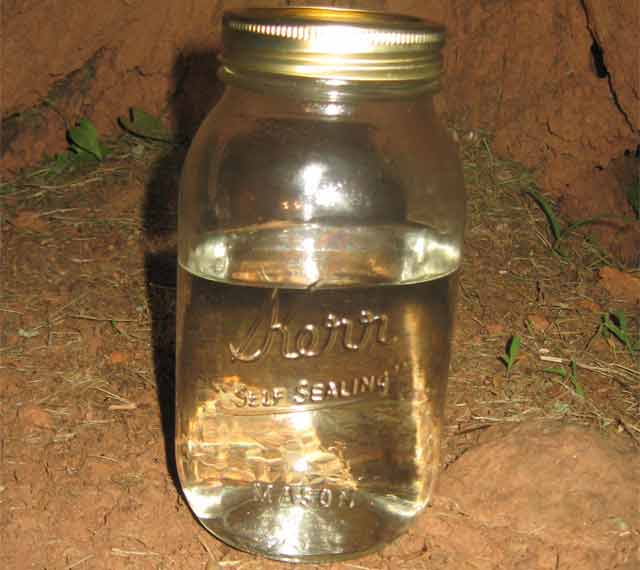 “She became dizzy sitting at the kitchen table,” Berry’s husband said. “She began to hallucinate, saying that she worshipped monkeys and wanted to live with them in the trees. Then she said she wanted to become a butt model and make a billion dollars a year. Then she just stopped talking and fell out of the chair with her pants down. It was super weird.”

Berry’s husband researched the side effects of drinking air freshener and realized that he needed to get her to the hospital. When she reached the hospital, she was slumped over and had labored breathing.

“I didn’t think she’d make it,” Berry’s husband said. “Scary ordeal. In the future,  I gotta do a better job of labeling our bottles of liquids.”

Berry is expected to make a full recovery.

Watch this shark photobomb its friend